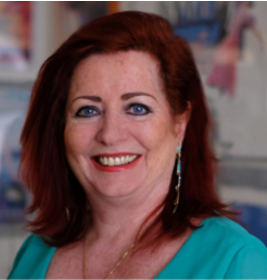 Carey has been an Ashford Place Trustee since 2015, where she Chairs the Communications Committee. A Film & Television Producer, Business Mentor & Lecturer in Film & TV she runs her own Film & TV Production, Distribution & Training Company, Silver Mountain Productions.

Carey also Co-Chairs The Business of Film & TV, whose purpose is to bridge the gap between Academia and the Commercial World to produce job ready graduates in the media industries.