At the end of the Second World War in 1945, labour shortages saw British industries actively recruiting in former colonial nations. Britain invited young men and women from across the former British Empire to help rebuild the nation.

Along with the professionals – Engineers, Nurses, Doctors, Teachers – workers came to fill empty jobs in the booming factories and to construct new roads and houses, to replace those destroyed in the war.

In the 1950s, Cricklewood was a largely working class area with many factories. It had attracted people from across the UK and had a significant Jewish community. Thousands of men and women came from Pakistan and Ireland, as well as India and the West Indies, to work in the many factories along the A5, from Cricklewood to Neasden, Hendon and Staples Corner. There were also important industrial centres in nearby Harlesden and Park Royal.

As England’s close neighbour, migration from Ireland had a tradition going back for centuries. Ireland had gained independence from the UK in 1922, and in 1949 it left the Commonwealth and became a republic. The new nation experienced economic deprivation and people were forced to leave to find work. In the 1950s and '60s, thousands of young men and women came to London to build new lives. Many enjoyed the freedom of the big city after quiet lives in the rural countryside, and Cricklewood was famed for its ballrooms, including the Galtymore and Burtons.

Migrants from Pakistan also came from the rural areas, many coming to Cricklewood from the Punjab, which had strong links with Great Britain. The Punjab was a key recruitment area for the British army in pre-Partition India and many Punjabi men fought for Britain in the First and Second World Wars. After independence in 1947, Pakistan remained part of the Commonwealth. With the turmoil and hardships of the early years of the new nation, men often came to Britain leaving their families at home, thinking they would only stay a few years before returning themselves.

The British Nationality Act of 1948 created the status of ‘Citizen of the United Kingdom and Colonies’, with automatic right of entry to Britain. However, there was opposition to unrestricted migration. In 1958 questions were raised in the House of Lords about controlling "the influx into this country of Pakistanis of the non-labouring class"

The immigration Act of 1971 resulted in a flurry of migrations in the early 1970s, especially from families of Pakistani migrants who feared changes to the law might mean permanent separation.

In 1972, Pakistan withdrew from the Commonwealth, placing further restrictions on migration to UK. It also meant Pakistani nationals could no longer become Civil Servants or serve in the Armed Forces. As a result, 50,000 Pakistanis applied for UK citizenship.

A quirk in the legislation meant Irish citizens had the same rights to live, work, and vote as British citizens. By 1951, the census recorded 250000 Irish in London.

Between 1951 and 1961 an estimated 500,000 plus Irish migrants came to Britain. The Irish represented the largest migrant minority in the country. 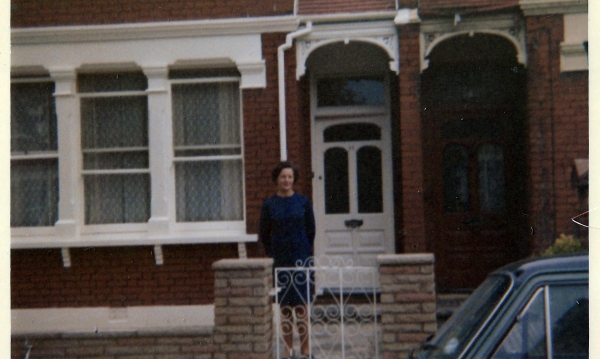