People living with dementia and carers this week zoomed in for a chat with Susan Oudot on all things Coronation Street. Some of our clients are total fans of the soap that has now been running for over 60 years. So many memories, stories and fun. Lots to still learn about IT but we are progressing. Quality tablets and lots of individual support is key and something that we will want to resource in the coming years. The fun and enjoyment we had on this call makes it vital that everyone is able to connect. 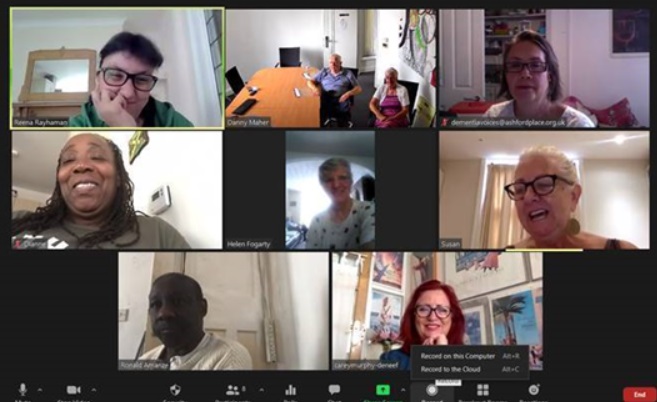 Susan was a book publisher then a journalist (Sunday Magazine and Woman’s Own) before turning her hand to fiction.  A number of her short stories were published in various women’s magazines before her first novel Real Women - about five female friends growing up in north London - was published in 1995. She went on to adapt this for BBC TV, starring Michelle Collins, Pauline Quirke, Lesley Manville, Frances Barber and Gwyneth Strong.  A sequel novel and tv series followed, and then a two-part drama for ITV - Perfect - about a female serial bigamist.  She has written on various other tv series, and has produced and presented a documentary about her native Islington. But since 2011 has been a writer on Coronation Street.  She lives in Islington with her husband, novelist David Wingrove. They have four daughters.